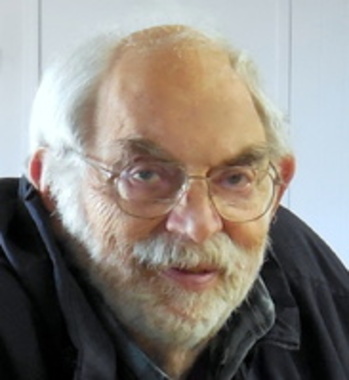 Back to Arnold's story

Andover, MA - Arnold Cohen, 86, of Andover, entered into rest on June 19, 2019. Beloved husband of the late Carol Cohen. Dear son of the late Nathan and Lily Cohen. Devoted father, father-in-law, and friend of Lori Newman and Daniel Newman of Natick, Mass. and Susan Cohen and Thomas Mark of Sweden. Loving older brother of Selma and Bill Cohen of Lexington, KY. Cherished grandfather of Steven and Collin Newman.
Born in Brooklyn, he attended Brooklyn Tech and CCNY, where he earned a BS in Electrical Engineering. A highlight of his long engineering career was working on Apollo 11. He later became VP of Engineering and Manufacturing at Xyvision. After retirement, he co-founded a folding cane company. During his career, he was granted seven patents. Contributions in memory of Arnold Cohen may be made to Beth Israel Deaconess Medical Center Patient Quality and Safety Education at 617-667-7330.
A memorial service has taken place at Temple Emanuel, Andover.
Published on July 11, 2019
To plant a tree in memory of Arnold Cohen, please visit Tribute Store.

Plant a tree in memory
of Arnold

A place to share condolences and memories.
The guestbook expires on October 08, 2019.

Restore this Guestbook to share a memory or message of condolence of your own.