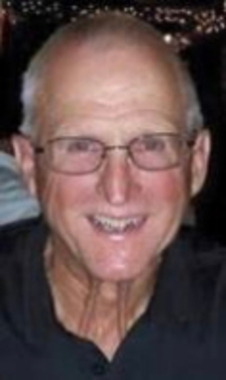 Back to Brian's story

Littleton, CO - Brian Pendleton, Class of '57, Phillips Academy, Andover, and Class of '61, Yale College, and prominent lawyer and philanthropist in Denver, CO, lost his valiant battle with Alzheimer's with the VSED process, dying with dignity and grace.
Brian was preceded in death by his parents, Frank Palmer Pendleton and Margaret Doan Pendleton of Montclair, NJ, his sister, Barbara Donnell and his renowned Yale classmate Miles (Kim) Stevens Pendleton, II of Andover, MA.
Brian is survived by his wife of 33 years, Susan Lee Stein, PhD, his daughters Lynn Coppess Pendleton (William) of Louisville, CO, and Jean Pendleton Gresh (Andrew) of Durango, CO; his brother Stevens Palmer Pendleton (Charlotte) of Ramsey, NJ; his step-children Andrea Evashevski (Kyle) and Ben Wismer (Tiffany); his first wife of 20 years and the mother of his daughters, Susan Coppess Pendleton Montjar, PhD, APR (Dwight) of Goodyear, AZ; and his cousins Lea Bond Pendleton of Marblehead and Lisa Pendleton of Westford; and eight grandchildren whom he loved dearly.
Brian was a Lieutenant in the U.S. Navy and attended UC Hastings College of the Law, Class of '68 and was Founder and Senior Partner of Pendleton & Sabian, P. C., one of Denver's top firms for more than forty years. He will be remembered for his unwavering service to the community and his steadfast courage when facing Alzheimer's head-on. As a father, husband, grandfather, uncle, veteran, lawyer, public servant, and time-honored friend, he will be profoundly missed by the multitudes of lives that he touched.
A commemorative celebration of his life will be held Saturday, February 15, 11 a.m. at Jefferson Unitarian Church in Golden. Memorial gifts may be made to charities of one's choosing in his name.
Published on February 13, 2020
To plant a tree in memory of Brian Pendleton, please visit Tribute Store.

Plant a tree in memory
of Brian

A place to share condolences and memories.
The guestbook expires on May 12, 2020.

Maria Swantek Fischer
Susan and family,
I'm so sorry to hear that Brian has passed. May you find comfort in the memories of your amazing times together.
View all