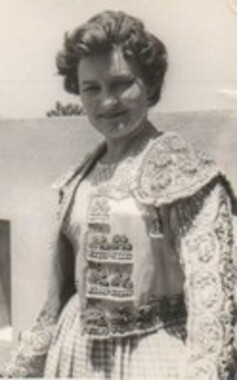 Back to Dorothea's story

Andover, MA - Dorothea Dolores (Donnelly) Hawley, 96, died on Tuesday, 10 March 2020, when her heart told her it was time to go.
Dot, sometimes called Dottie, was born May 24 1923 in Boston, the beloved daughter of Katherine "Kay" (Dailey) Donnelly and John Francis Donnelly. From a very early age, her sunny nature and tap dancing talent took center stage at Get Out The Vote rallies for local Boston politicians, which may have awakened her lifelong love of the American political process. She also took her singing and dancing talents to local Boston prisons, where she was a big hit before captive audiences.
A stellar product of the Boston public school system, she graduated from Roxbury Memorial High School in 1941 and, eschewing college during the war years, went to work at the Colonial Provision Company, which played a key role in feeding the troops. When she consented to marry a handsome young Naval officer, Maurice V. "Bud" Hawley, in October of 1948, he described himself quite accurately as the luckiest man alive.
As a Navy wife, she raised five perfect children (her term) who are devastated by her loss. John and his wife, Ivette, Barbara Berka and her husband, William (aka Buddy), Christopher, Katherine and Lisa will never stop missing her. Also mourning their adored Grammie are five perfect grandchildren and five perfect great-grandchildren. She embraced nomadic Navy life at duty stations from coast to coast in the USA and in Europe. She became fluent in Spanish during her favorite tour of duty, in Cartagena Spain, and made many lifelong friends there.
Soon after Bud retired from the Navy, her family settled in Andover in 1966. In the mid-seventies, as her children left the nest, she began work in the Andover Public School system as a teacher's aide and later on the administrative staffs at Doherty and West Middle schools. This work became even more meaningful to her when she was unexpectedly widowed in her mid-50s. After she retired in 2000, she continued to volunteer until this past year as a kindergarten teacher's aide at Shawsheen and West Elementary Schools, which brought her enormous joy. She dearly loved "her kids" and they returned the favor. She was a champion of education and always regretted not finishing a college degree, but life's adventures got in the way.
When she wasn't improving young minds in Andover, she summered at the Cape in a tiny cottage hand-built by her father, not far from her favorite Red River Beach in South Harwich. She loved both lake and ocean water and, before the sharks made sea swims dangerous, could often be seen vigorously swimming from jetty to jetty on a fine summer's day. In her forties, she decided to learn how to play the mandolin. In her 50s, she took up ice skating, with a goal to "skate backwards like Peggy Fleming." To Dottie, age was just a number.
She was a true friend to animals, be they cat, dog or bird, rescued, pure-bred, mutt or three-legged. Many precious pets no doubt met her at the Rainbow Bridge, and her Westhighland terrier companion, Mochiusle (Cooshie), is being comforted by her family.
She loved writing poetry and prose. She enjoyed music, books, plays and quality television programs, and would never say no to a good movie or a meal with friends and family. She would be among the first on the dance floor at a wedding. A wonderful travel companion, she toured more Presidential Museums and Libraries than the average American and visited Ireland, UK and Europe a number of times. She loved to learn, and she so loved to have fun.
She was also a stalwart friend to many and a supportive matriarchal figure to a large cadre of relatives from her enormous extended family. She had the sunniest disposition in the room and people could not help but be drawn to her. She had a unique ability to make a stranger a friend with a single conversation.
She was kind, compassionate and loving. She was sincere, joyful and warm. She was truly beloved, and she will be sorely missed.
Burial will be private and a Celebration of Life event will be conducted at a later date, after the COVID-19 pandemic has abated.
Dot was always grateful that she grew up in a nurturing, safe, warm home with plenty to eat. She felt great empathy for those who were not so lucky. If you would like to remember Dot with a charitable contribution, please donate to your favorite cause that helps children, the homeless, or pets, or to Cor Unum Meal Center, 118 S. Broadway, Lawrence, MA, which alleviates hunger in Lawrence.
Burke-Magliozzi Funeral Home.
Published on March 19, 2020
To plant a tree in memory of Dorothea Dolores (Dot) Hawley, please visit Tribute Store. 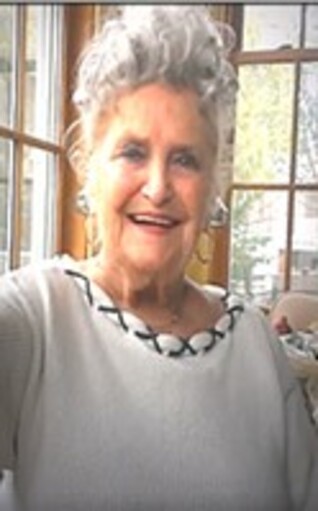 Plant a tree in memory
of Dorothea

A place to share condolences and memories.
The guestbook expires on June 16, 2020.

Michelle Baer
I would like to extend my deepest sympathy to Dot’s family and loved ones. I worked at West Middle School with Dot for years, and she was, without question, the most universally adored person on staff. An incredible woman, who shared stories about raising her family that reflected such gratitude and love of life. She was a joy to be around and an example of how to live and love. I’ll treasure my memories of her always.
Marlene Theodorou
You will truly be missed!
Love Marlene
Wms
Dan Manning
Rest in Peace "Luv"!☘
Eric DeFilippis
To Dotty’s entire family and friends, I am so sorry for your loss. I met Dotty a few times and instantly, I could tell what an incredible human being she was. (Even after meeting her once).
I found this book of poems that she gave me a long time ago and I thought I’d share it with everyone. It truly shows what an amazing writer she was also, and how much she loved animals. Ed Darrow
Your family’s great loss, naturally. But a great loss as well, to her Cartagena family to which I have belonged since age 13. A treasured connection to our long since departed parents who were among her many friends, we’ll not see her special kind again in this life time. I feel so privileged to have had her in mine. We deeply share you loss.
Joanne Manning Fleming
She was a love my fathers first cousin who lived with her family for awhile. She will be missed.
Lou Olsen
Beautiful obituary of a wonderful life of a so warm friend!
Sherry
I especially remember Dottie for her loving nature toward me when we were neighbors in Cartagena, Spain and I was friends with her daughter Barbara. After our tour there my mom kept in touch with the odd Christmas card and letter. Later we reconnected when we met at our "Spain" reunions. My mother loved talking to Dottie and anxiously waited for each fall to see her. After my mom passed, Dottie continued to be loving and caring to me. I will forever remember her . My sincere condolences to all of you. Love and miss you.
Dorothy Marchand
A truly mesmerizing sole. She was a Luv.
Brian Dailey
I see her radiant smile in my minds eye and am filled with love for her and her family as I recall the too few times that I had the opportunity to be in her presence. As I personally continue the 21 day Deepak Chopra meditation on abundance that I recently began, I realize that Dottie most surely represented unlimited abundance in all its possibilities and I will strive to live the rest of my life with her example in mind. Sending lots of love and gratitude for her friendship. Take comfort in all the wonderful memories and she will always be with you.
Tribute Store

A Full Life was purchased for the family of Dorothea Dolores (Dot) Hawley by Tribute Store.  Send flowers 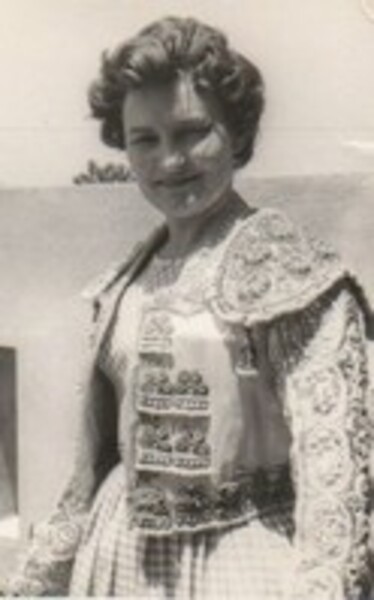