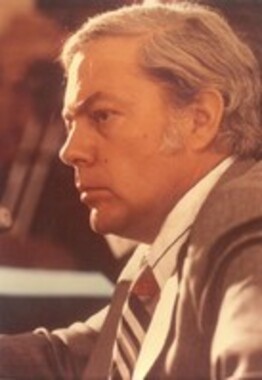 Back to Gerald's story

Boston MA - The Honorable Gerald M. Cohen, former state representative from Andover MA, died peacefully on December 7. He was 85.
Gerald was the youngest son of Lewis and Belle Cohen, of Winthrop, Mass. loving brother of Irving, Bill, and Ruthie, and former husband of Annette Cohen. He graduated from the University of Massachusetts at Amherst, where he played varsity basketball and earned his Bachelors Degree in Food Science. Soon after, he enlisted in the U.S. Air Force where he became a flight navigator and was promoted to the rank of Captain. Cohen, AKA, the "cookie bookie", worked for Dane-T-Bits, a company founded by his father-in-law, Irving Rodman. Later in life he sold cookies by day, and studied law at night. A graduate of Suffolk Law, Cohen started his own law practice, was elected state representative and honorably and faithfully served Andover for over a decade while also serving as an adjunct professor of taxation at Suffolk Law and a professor of business law at Merrimack College. Fondly remembered as Gerry, Jed, dad and Pop, he is survived by Toby Bernstein, his devoted life partner of 22 years, his children Donna, Gary, Dana (and his wife Cindy), Jonathan (and his wife Regina), seven grandchildren, and four great grandchildren. Consider honoring Gerald Cohen by making a tribute donation to the Alzheimer's Association at alz.org
There will be a graveside service at Pride of Boston Cemetery in Woburn, Mass., on December 16 at 2 p.m. Shiva and family visitation will be at the home of Dana and Cindy Cohen between 4 to 8 p.m.
Published on December 12, 2019
To plant a tree in memory of Gerald M. Cohen, please visit Tribute Store.

Plant a tree in memory
of Gerald

A place to share condolences and memories.
The guestbook expires on March 10, 2020.