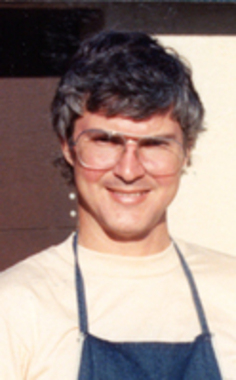 Back to Norman's story

Tempe, Arizona - Norman "Norm" Drazy of Tempe, Ariz., Mechanical Engineer, passed from this life on October 3, 2019 in a hospice facility. He lived a life of intense fascination and engagement with principles of the physical world around him, and loved to share this captivation with others.
He was well known in the alcohol hot rod racing community for design, development and manufacture of the PSI Screw Supercharger with his former wife, Patricia Alexander, at the company they founded.
According to Chelsea Clark of PSI Superchargers, the device "revolutionized the racing industry in the late 1980's. Over the years, Norm touched the lives of many racers and always offered to help out any time he was asked. They broke the mold when Norm came out.Those that knew him well understood that everything was a math formula in his world and most could not keep up with him."
Norm began creating mechanical devices from an early age. Progressing from dynamic Erector set assemblies, he built exquisitely-crafted control line model airplanes. While in high school, after befriending employees at a local foundry, he was able to design and build the engines necessary to be competitive in speed events.
He graduated from Andover High School with the Class of 1965, and went on to earn a degree in Mechanical Engineering from Purdue University.
Norm was the son of Elbert J. and Mary C. Drazy, both of whom predeceased him. He is survived by his sister, Denise Drazy-Shedd of Sparks, NV, niece, Alison Fecht, her husband, Steven Fecht and daughter, Autumn.
A memorial gathering in Tempe, Ariz., is anticipated at a later date.
Published on December 12, 2019
To plant a tree in memory of Norman Arthur Drazy, please visit Tribute Store.

Plant a tree in memory
of Norman

A place to share condolences and memories.
The guestbook expires on March 10, 2020.

A memorial tree was planted in memory of Norman Arthur Drazy.  Plant a tree