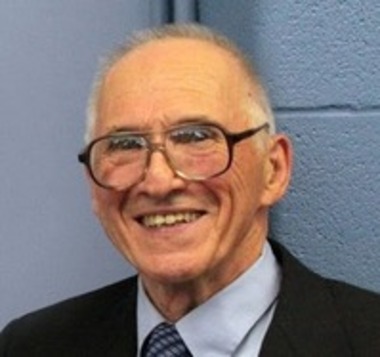 Back to Norman's story

Andover - Norman Martin died unexpectedly Friday, November 29, 2019 at Lawrence General Hospital. Born in Southbridge, to the late J. A. Leon & Rose Martin. Norman was a US Army Veteran and a graduate of Suffolk University in 1967 with a BS in business administration.
Norman was a machinist at Heald Machine Co. of Worcester, MA and Raytheon in Andover. He also was a Machine Shop Teacher and Department Chairman at Greater Lawrence Technical School for 32 years.
Norman was very active in a many organizations including being treasurer of local 1707 American Federation of Teachers (AFT), Boy Scout Troop 79, Order of the Arrow at St. Robert Bellarmine Parish and a long-time active member of St. Robert Bellarmine Parish. Norman spent many hours helping and supporting the Poor Clare's Sisters of Andover as well.
Norman was a dedicated father attending band concerts and competitions, soccer games, and track meets for his children. He was the #1 fan of his grandchildren and avid geocacher and enjoyed camping and hiking.
During his retirement years he actively participated with the Senior Center Hike Group. He was a great Mr. Fixit and the "guy in the room with the best gadgets". Norman was preceded in death by his wife of 50 years Cecile L. (Dumas) Martin and survived by four children: son, William and his wife Michele of Westford; three daughters, Suzanne Nathan of Mount Dora, FL, Jeanne Gensler and her husband, Timothy of Wheaton, IL, and Joanne Martin and Michael Martel of Acton; five grandchildren, Megan Gensler of Glen Ellyn, IL, Peter Gensler of Wheaton, IL, Jeffrey Gensler of San Francisco, Calif., Catherine Gensler of Raleigh, NC, and Jennifer Martin of Westford. He also leaves his sister, Alice Golden of West Boylston, Mass., dear friend, Gloria Lucas of Tewksbury; a nephew, Charles Desourdy of West Boylston; two nieces: Sandra Desourdy of Fiskdale, Mass., and Joyce Gervais, of Oakham, Mass.


A Funeral Mass will be held on Saturday, December 7, 2019, at 10:30 a m at St. Robert Bellarmine Parish, 198 Haggetts Pond Road, Andover. Burial will follow in St. Mary's Cemetery in Tewksbury. Friends may call on Friday, December 6, 2019 from 4 to 8 p.m at Conte Funeral Home, 28 Florence St, Andover. For online condolences please visit www.contefuneralhomes.com In lieu of flowers, memorial contributions can be made in his memory to Poor Clares OSC of Andover, 445 River Rd, Andover, MA 01810 or a charity of one's choice.
Published on December 5, 2019
To plant a tree in memory of Norman Martin, please visit Tribute Store.

Plant a tree in memory
of Norman

A place to share condolences and memories.
The guestbook expires on May 31, 2020.

Pamela Egan
Norman was a wonderful and generous man whom I had the priveledge of getting to know as a friend of my mother, Madeleine Egan. He hosted an annual gathering in honor of his late wife and I would bring my mom so she could see everyone. I got to know more about some of the people from my past, as well as meet many members of his lovely family. It was a wonderful way to keep memories alive. He will be missed.
Steve Kelley
I was a student of Mr. Martin. He was very very influential to me. He helped me get into the voke halfway through my sophomore year from Andover high School. He stayed late with me after school on his time allowing me to catch up with the other students. This was not just 1 hour a day but 2-3 hours a day, for months. As a result of this I too joined the army as a machinist became a Sargent, then went on to working at a company that made our own machines and travelled the world installing and fixing them. He was instrumental in my life and countless others. I have 2 children that I put through college, (not bad for a kid from the voke.) I am sorry for your loss and regret I couldn't offer ...my condolences in person as I didn't find out until later. He was a great man, I hope you have nothing but great memories of your time together.Read more
Nick Sirois
Really sad to hear of Mr. Martin's passing. From 1992 to 1996 he was my shop teacher at the voke and I am where I am today because of Mr. Martin. He really holds a special place in my heart and I will never forget the time and effort he put into me. To his family I am deeply sorry for your loss though his positive impact on so many individuals will live on for years to come. Rest in peace Mr. Martin!
Patricia Perrotta Del Signore
Norm will always be remembered as a "good man", a really good man. He was a gentleman, kind and caring and always respectful. It was a privilege to be a teaching colleague with Norm. Many loved him and many are better for having known him. May he rest in the Peace of Christ.
Chris Waterworth
Mr. Martin was well loved by his students and fellow teachers. He was an inspiration to all of us who teach in the machine shop at GLTS, which bears Mr. Martin's name. Our condolences to his family and friends. 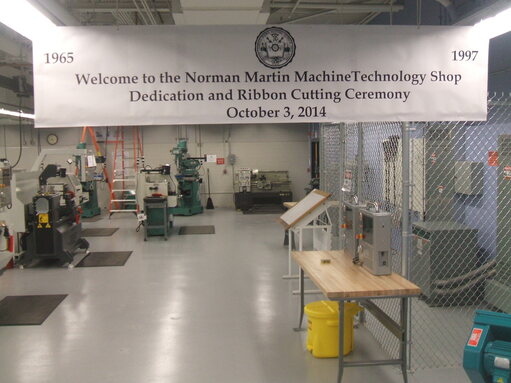 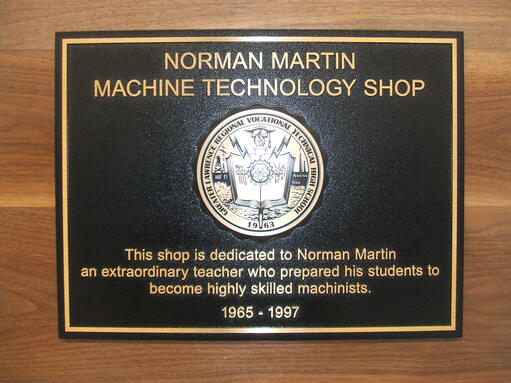 K Maynard
Mr Martin was a great man, an inspirational teacher. I wouldn't be where I am today if it weren't for this man. Even years after I left school I would call for advice and he was always happy to help.